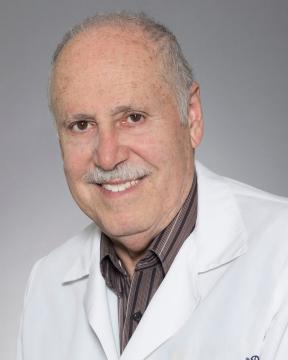 Dr. Davidson is Professor of Medicine at the both Charles Drew University and the David Geffen School of Medicine at UCLA.  Dr. Davidson was President of the American Diabetes Association for 1997-1998.  A renowned speaker on type 2 diabetes, Dr. Davidson has presented hundreds of lectures nationally and internationally.  He has served on the Editorial Boards of Diabetes Care, Diabetes Spectrum, Clinical Diabetes, Geriatrics, Diabetes Research & Clinical Practice and the Journal of Clinical Endocrinology and Metabolism and was a Consulting Editor of Hippocrates and an Associate Editor of Endo Trends.  He was the Founding Editor of Current Diabetes Reports and was the Editor-in-Chief of Diabetes Care from 2002 through 2006.  Dr. Davidson’s contributions to the medical literature include 180 scientific papers, 33 book chapters, 63 reviews and 62 editorials and invited articles.  He is the main author of the textbook, Diabetes Mellitus: Diagnosis and Treatment, the 4th edition of which was published in 1998 and has been translated into Italian and Portuguese.  The fifth edition, Davidson’s Diabetes Mellitus: Diagnosis and Treatment, was updated by two of his colleagues and published in 2004.  Dr. Davidson (along with a professional writer) wrote The Complete Idiot’s Guide to Type 2 Diabetes which was published in November, 2005 and a second edition in 2009.  His last book entitled Meeting the American Diabetes Association Standards of Care: an Algorithmic Approach to Clinical Care of the Diabetes Patient was first published in 2010 with a second edition in 2017.

Dr. Davidson has also been active in community service.  In 1970, he co-founded the Venice Family Clinic which became the largest free medical clinic in the United States.  He continues to serve that clinic currently as a member of the Board of Directors, Chairman of the Medical Practice Committee and volunteer supervising a Diabetes Program and seeing endocrine patients once a week.  In addition to serving the American Diabetes Association as its national president, he has served and continues to serve on many of its national committees, was a member of its Board of Directors for two terms and was the co-founder of its Los Angeles chapter.