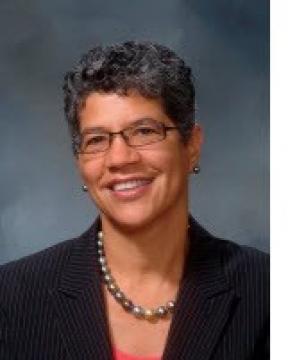 Deborah Prothrow-Stith, M.D. is dean and Professor of Medicine for the College of Medicine at Charles R. Drew University of Medicine and Science.  Dr. Prothrow-Stith is an internationally recognized public health leader, who since 2008 has advised top-tier healthcare, life sciences, academic and not-for-profit institutions on leadership and executive talent in her role as a principal at the global executive search consulting firm, Spencer Stuart.  Prior to joining Spencer Stuart, she served as the Henry Pickering Walcott Professor of Public Health Practice and Associate Dean for Diversity at the Harvard School of Public Health where she created and led the Division of Public Health Practice, and secured over $14 million in grant funding for public health programs.

As a physician working in inner-city Boston, Dr. Prothrow-Stith broke new ground with her efforts to define youth violence as a public health problem.  She developed and wrote The Violence Prevention Curriculum for Adolescents, a forerunner of violence prevention curricula for schools and communities.  She is the author of Deadly Consequences, the first book to present the public health perspective on violence to a mass audience.  She has authored and co-authored over 100 publications.  She is co-author of a blueprint for community based violence prevention in, Murder Is No Accident (Jossey Bass Publishers, 2004) and a guide for parents of adolescent girls in Sugar and Spice and No Longer Nice, (Jossey Bass Publishers, 2005).  She is also co-author of a high school health education textbook, Health (Pearson 2014) that is in its third publication.

In 1987, Governor Michael Dukakis appointed her the first woman Commissioner of Public Health for Massachusetts where she led a department with 3,500 employees, 8 hospitals and a budget of $350 million.  She established the nation’s first Office of Violence Prevention in a state department of public health, expanded prevention programs for HIV/AIDS and increased drug treatment and rehabilitation programs.  Dr. Prothrow-Stith and her family lived in Tanzania during her husband’s tenure as U.S. Ambassador where she worked with several local organizations, including Muhimbili National Hospital and an NGO that runs the first HIV clinic in Tanzania.

She is a graduate of Spelman College and Harvard Medical School.  She completed residency training in Internal Medicine at Boston City Hospital and is certified by the American Board of Internal Medicine.  In 2003, Dr. Prothrow-Stith was elected to membership in the prestigious National Academy of Medicine.  She has received ten honorary doctorates including ones from Morehouse Medical School and Meharry Medical College.  She is the recipient of the 1993 World Health Day Award, the 1989 Secretary of Health and Human Service Award, and a Presidential appointment to the National Commission on Crime Control and Prevention.  In 2015, she was inducted into the honor roll of women physicians in the Massachusetts Medical Society.