Dr. Baker holds an undergraduate degree in Physics from Stanford University. He received a medical doctorate degree from Harvard Medical School and from the Massachusetts Institute of Technology. Postdoctoral training includes a fellowship at the Joslin Diabetes Center, Harvard Medical School, and a National Institutes of Health fellowship in chronic disease epidemiology at the University of Minnesota School of Public Health. He was Executive Director and co-founder of the Urban Telemedicine Centers of Excellence. He is an Associate Professor of Ophthalmology at Charles Drew University and at the Jules Stein Eye Institute at the UCLA's David Geffen School of Medicine.

Dr. George's research interests include using theories and methods grounded in a sociotechnical approach to support the implementation of health information technology (HIT) as well as to evaluate organizational and provider readiness and urban populations' willingness to utilize these HIT solutions. Dr. George holds a Ph.D. in sociology from the University of California, Berkeley. She is the published author of over 30 peer-reviewed articles and two books by the University of California Press. Her sole-authored book, entitled When Women Come First: Gender and Class in Transnational Migration (University of California Press, 2005), has been translated into Japanese (2011).

She has completed an NIMH postdoctoral fellowship from UCLA and served as a consultant for Kaiser Permanente's Division of Research on informatics-related research exploring the impact of the introduction of computers and the electronic medical record in the exam room on the doctor-patient interaction. A co-authored paper resulting from this project published in the Journal of General Internal Medicine was selected as an editor's pick for the "Best of JGIM" in 2006. More recently, the American Medical Informatics Association nominated her work with a CDU postdoctoral student on telemedicine in urban communities for the prestigious Diana Forsythe award. In addition to her faculty position at CDU, she is also Associate Adjunct Professor in the Department of Community Health Sciences at the School of Public Health at UCLA. Her work has led her to be invited to be a keynote or plenary speaker at a number of conferences nationally.

Dr. Jenders broadly addresses in his research the domain of clinical decision support, with a focus on knowledge representation and health information technology standards in the context of electronic health record systems. He is associate director and CDU site principal investigator for the UCLA Clinical and Translational Science Institute. He also is co-director of the CDU Center for Biomedical Informatics and director of the biomedical informatics core function for the CDU Accelerating Excellence in Translational Science (AXIS) project. A native of Milwaukee, Wisconsin, he received his undergraduate degree in computer science from Marquette University; completed his MD degree and did his medical residency at the University of Wisconsin-Madison; earned a master's degree in computer science at Northeastern University; and completed a postdoctoral fellowship in biomedical informatics at Harvard University and the Massachusetts General Hospital.

Outside of his home institutions, Dr. Jenders has served since 1998 as co-chair of the clinical decision support work group of Health Level Seven International (HL7), the principal international standards development organization for health information technology. He is a co-author of Improving Outcomes with Clinical Decision Support: An Implementer's Guide, the first edition of which was named 2005 Book of the Year and the second edition as 2012 Book of the Year by the Healthcare Information and Management Systems Society (HIMSS). He has been a member of the scientific program committees of the premier scientific meetings of biomedical informatics in the USA: the American Medical Informatics Association (AMIA) Annual Symposium and the AMIA Spring Congress. He was previously an editor of the clinical informatics subspecialty preparation examination produced by the American Medical Informatics Association (AMIA). He has been an invited lecturer both nationally and internationally, including at major conferences in Argentina, Australia, Canada, Korea, New Zealand and Taiwan. He is a member of the editorial board of the International Journal of Computers in Healthcare. He has served further as a reviewer for major journals in the discipline of Biomedical Informatics, including the International Journal of Medical Informatics, Journal of the American Medical Informatics Association and the Journal of Biomedical Informatics, and he has published in numerous journals and conference proceedings. He is a standing member of the Health Information Technology Research study section of the US Agency for Healthcare Research and Quality (AHRQ) that reviews applications for research in this domain. 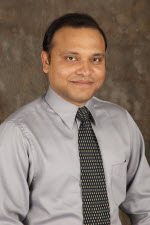 Sukrit Mukherjee is responsible for research and development of new research software or extensive software revisions for the products that are used for biomedical research in general or for clinical translational research in particular across the entire research operations within the university. He manages a few teams of software engineers and architects and designs enterprise software solutions both for the research and administrative purpose. He architects, designs, develops and implements software programming applications/operating systems. He also provides consultation on complex projects and guides a team of developers through the project to completion. He is also the architect and lead developer for CDU's AXIS web portal (http://axis.cdrewu.edu), biobanking information system and chronic disease registry (CEDRIC) projects. He is the architect and administrator for CDU's adaptation of Profiles RNS called CDU Profiles (http://profiles.cdrewu.edu) and CDU version of REDcap (http://redcap.cdrewu.edu). He is also the architect and developer of the DREAMS system (CDU Data Retrieval & manipulation system) [http://dreams.cdrewu.edu], OSHPD Patient Data Analysis System, GMaP / BMaP Digital Bio-Repository System, CDU's EPAF system (https://paf.cdrewu.edu) and upcoming CDU's Effort Reporting System. Apart from these he directs the department of information systems in developing, releasing, and maintaining software applications/operating systems according to organizational need for CDU. He also heads the management activities for database performance tuning, disaster and emergency planning, recovery and server maintenance. He has experience in designing and managing application and database systems for both UNIX and Windows platforms.

As faculty and researcher in the College of Medicine, Sukrit Mukherjee's research interest includes Translational Bioinformatics, Clinical Research Informatics and Public Health Informatics. He holds a B.S. degree in Electronics & Communication Engineering, a M.S. degree in Computer Science & Engineering, a M.S. in Engineering degree in Software Engineering and a Doctorate degree in Computer Science. He received a fellowship in Biomedical Informatics from National Library of Medicine and was trained at prestigious Marine Biology Laboratory (MBL) in Woods Hole, MA, USA. He is also a regular reviewer of publications from American Medical Informatics Association and The International Medical Informatics Association. Before moving to Charles Drew University he worked on various software development projects in the lead role, including the Department of Military and Veterans Affairs' State Active Duty Project. He currently serves as Director for Department of Information Systems, as Project Architect / Software Engineering Manager for Department of Research and as Research Faculty at Life Science Institute at Charles R. Drew University of Medicine and Science.

Dr. Ogunyemi holds an undergraduate degree in Computer Science from Barnard College, New York, and an M.S.E, and Ph.D. in Computer and Information Science from the University of Pennsylvania. Before moving to Charles Drew University to become the Director of the Center for Biomedical Informatics, Dr. Ogunyemi was a biomedical informatics faculty member in the Department of Radiology at Brigham and Women's Hospital and Harvard Medical School from 1999 until 2007. She was also a member of the affiliated faculty in the Harvard-MIT Division of Health Sciences and Technology from 2003 until 2007. She served as a faculty member in the Boston-area National Library of Medicine-funded biomedical informatics fellowship training program (1999-2007).

She has taught graduate level biomedical informatics courses in the Harvard-MIT Division of Health Sciences and Technology, at UCLA, at CDU, and short courses on informatics at the University of Natal (now KwaZulu-Natal), Durban, South Africa. She served on the National Library of Medicine's Biomedical Library and Informatics Review Committee study section from 2003-2007; on the Agency for Healthcare Research and Quality's Health Information Technology Research study section (2016 - 2019); and on the National Library of Medicine's Literature Selection and Technical Review Committee from 2010-2014 as a member and as chair (2013-2014). She is currently an editorial board member for the Journal of Biomedical Informatics (2015 - 2022) and an elected fellow of the American College of Medical Informatics. In addition to her faculty position at CDU, Dr. Ogunyemi is an Associate Adjunct Professor of Radiological Sciences at UCLA's David Geffen School of Medicine with the Medical Imaging Informatics group.

Mr. Ryan maintains the Charles Drew Medical GIS Laboratory database archive and is responsible for the majority of technical responsibilities, including acquisition of new datasets, and the development of materials for publication. He works closely with Dr. Paul Robinson and other faculty and staff on the technical aspects of linking novel GIS datasets to existing health related large databases and in the identification of geographic areas and communities for "rapid" and other survey research.

Daniel Ryan received his B.A. in Geography from California State University, Long Beach in 2001. He worked with GIS in both the private and public sectors before joining Charles Drew University in December 2006. 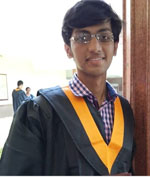 Meghal Gandhi, MS
Mr. Gandhi is a Software Developer who develops and maintains database structured web applications and provides programming support on various research applications and general research tools. Prior to joining CDU, Mr. Gandhi worked as a Software Engineer (Java/Big Data) at AT&T Services Inc, El Segundo, CA. His research interests include big data, data science, data analytics, and machine learning.
His educational background includes a MS in Computer Science from California State University - Fullerton, 2016 and a Bachelors in Technology (B.Tech) from Dharmsinh Desai University, India. He has an experience in software development technologies such as Java, Python, Scala, Spark, Hadoop, MySQL, REST, Node.js, Angular.js, Git and PySpark. He is a Software Engineer and a data analyst with experience in big data. 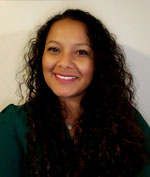 Aracely has previously held various positions where she has gained many skill sets and knowledge. After receiving her B.S in Business Management, she worked as a Coordinator and gained knowledge in how to be of support to a department. She continued to grow, learning the school billing system and working with several California school districts.

As the Program Administrator for Center for Biomedical Informatics, Aracely brings her organizational and communication abilities to be of support to the Center by facilitating day-to-day tasks.