Charles R. Drew University has had an active presence in Angola for more than 10 years. The partnership between CDU and the Angolan Armed Forces (FAA) is supported by the US President's Emergency Plan for AIDS Relief (PEPFAR) and the US Department of Defense HIV/AIDS Prevention Program (DHAPP).

The overarching goal is to prevent the spread of HIV among military personnel in Angola. The key components of this program currently include: 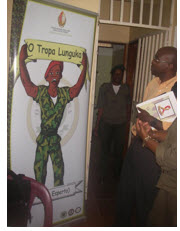 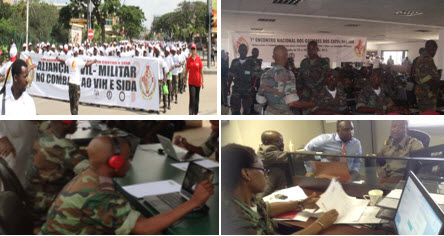 Sub-Saharan Africa remains the region most affected with HIV representing 70% of new infections occurring in the world and 67% of the total number of infected people live in this area.

HIV in this area is known to spread in the following ways: 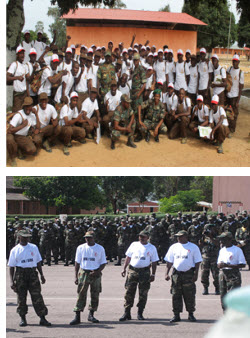 To provide technical assistance to the Angolan Armed Forces (FAA) through different evidence-based methods and prospectives in order to strength their military HIV Prevention Program.

The Angolan Armed Forces (FAA) includes army, navy and air branches. The estimated number of military personnel is 100,000 who are distributed in bases of these three branches all over the country. 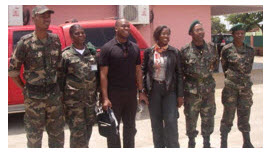 The Health Polices and Directives Division are defined at Health Division under umbrella of Joint Chief of Staff. Currently the FAA has 15 infirmaries, 22 VCT centers (9 sponsored by this project) and 6 treatment centers where the soldier is followed by a multidisciplinary team. The HIV prevalence in Angola (2.1%) is significantly lower than at border countries, which requires more intensive interventions at the borders on North, West and South regions.
The HIV prevalence in FAA is 3.2%, according to the latest study in 2011. The most infected male group is 30-34 years of age. The main risk factors are infrequent condom use, multiple partners, alcohol use and deployments for long periods.
CDU works primarily with policy-makers of the Health Division and secondly with health service providers in the field to address these challenges by providing technical support and guidance. 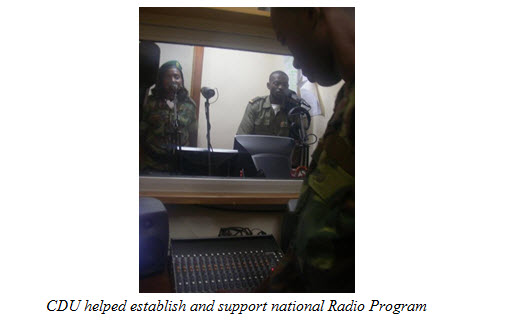 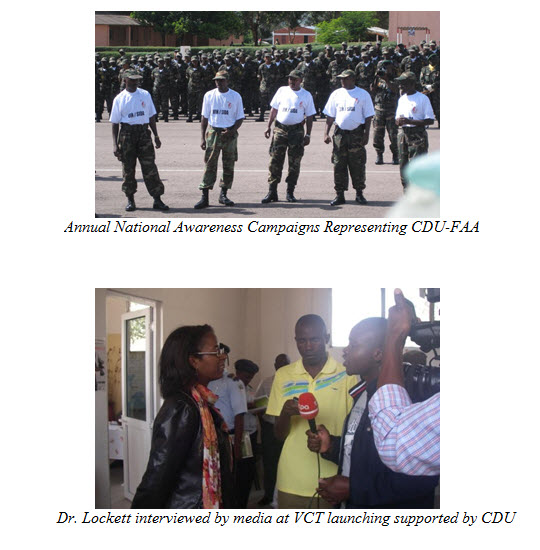 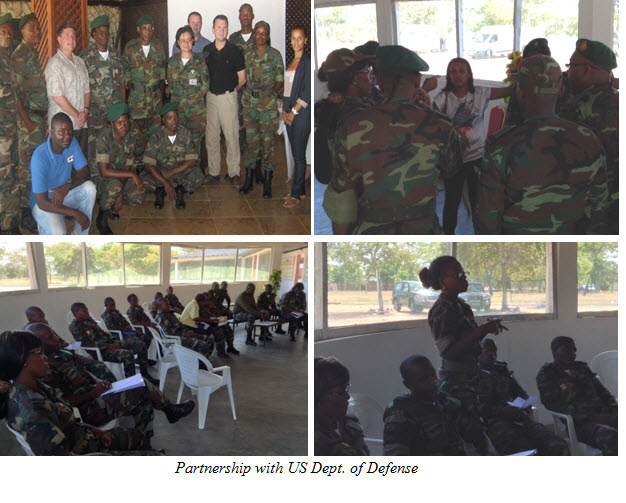